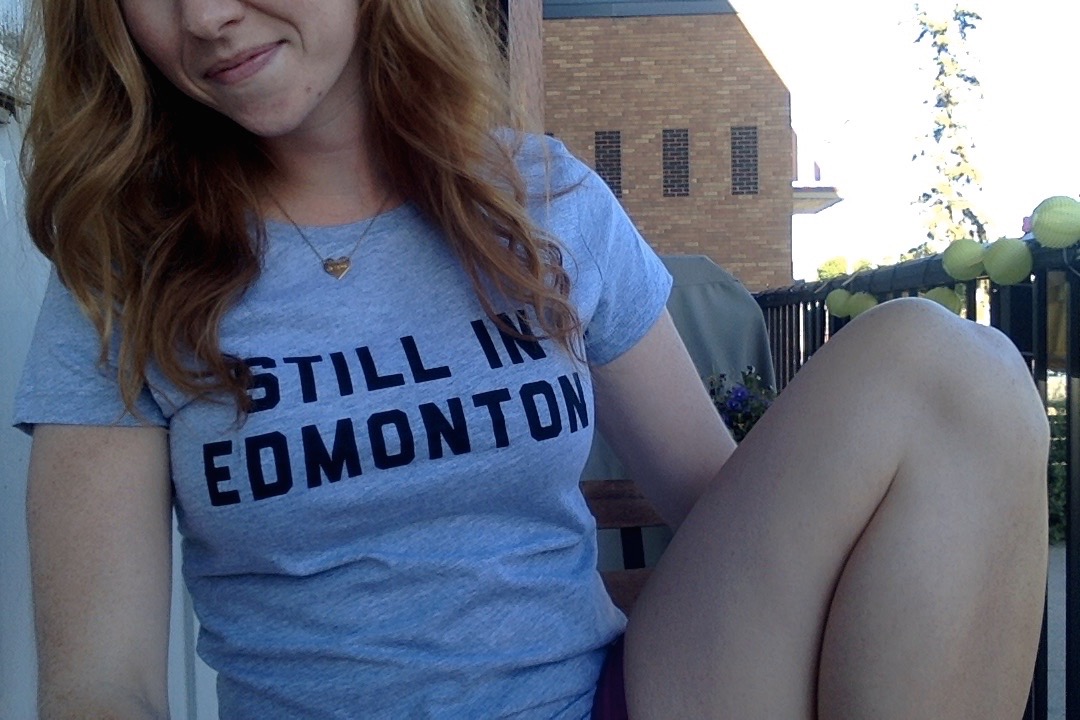 As a lot of you might already know, I’m Southern Alberta born and raised. I grew up in a little town an hour south of Calgary. We had to drive an hour, both ways, to go see a movie, and if you wanted to buy a new pair of jeans it involved a well-planned trip into the city on a Saturday morning. The only time to get to Costco or Ikea were, heaven forbid, the middle of the day on a weekend. I moved to Calgary to go to university and ended up calling it home for about eight years before I made the move to Edmonton just under a year and a half ago.

If you know Alberta, you know there is a hotly contested battle between the province’s capital and its largest city. I’ll admit as a former Calgarian and Southern Alberta kid there was little worse than the idea of Edmonton. Edmonchuck. Edmondump. Deadmonton. Before I moved to Edmonton, I had been here a total of 3 times. Once in elementary school to visit the legislature building and twice as a 20 something year old to visit my brother who also calls this city home. This, of course, is not enough to judge a city’s character, but boy, did we ever.

Upon visiting as an adult I came to realize, dare I say it, the city had some pretty cool spots. I wasn’t sold immediately though, if you asked me a few years ago, I would say that obviously Calgary is better. But I didn’t know Edmonton. That’s like saying you don’t like Tequila before you give it an honest try. (You don’t know anything, you hater, Tequila is great.)

I begrudgingly, and with tears in my eyes moved up to “the capital region” and I won’t lie, I felt displaced for a really long time. A lot of that came down to being in a new city, needing to make friends and, of course, my reluctance to stay in town for a weekend (In the first 5 months here I only spent about 4 weekends in town) and my location (I lived in suburbia for my first few months).

The thing is, now that I’ve been here I have to say that I adore it.

To all my Calgarians, I need you to read this really slowly and believe me that I’m not lying or suffering from some sort of Stockholm Syndrome: I really like Edmonton.

Until recently I didn’t get too much grief from either sides. Edmonton folk would harass me about Calgary jokingly while my Calgary buds were trying to be supportive like I’d been given some sort of diagnosis that required sympathy, “They say you’ve got a case of the Edmonton but it should clear up in a year when you move home.”

That was until recently. In the winter I visited Calgary a little less and fell in love with Edmonton a little more. I’ve been back visiting Calgary more recently and I keep getting “so, enough is enough, when are you getting out of there?” and from Edmontonians: “Calgary sucks, stay here this weekend.”

I try, really I do, to convince both sides of the sincere delight of the other but it’s surprisingly difficult. Everyone seems to think I am boldface lying to them. It’s not as though people in Montreal would say “the only good thing about Vancouver is the proximity to the ocean,” and visa-versa that Vancouverites would contest that “all Montreal has going for it is smoked meat.” But this is the argument I seem to be getting from both sides of the Albertan divide.

Calgarians have generally accepted that Edmonton is nonsense and won’t hear otherwise. And I’ve heard one too many times from Edmontonians that “the only good thing about Calgary is how close it is to the mountains.”

I’m here to tell you, unequivocally, BOTH CITIES ARE REALLY REALLY COOL!

Most of you haters haven’t spent a decent amount of time in either city so you need to shut your dirty mouths. Sorry, that escalated.

For some reason these two cities have always been pitted against each other so there always seems to be a need for a clear winner and a clear loser. I raise issue to this. Why not just have two really awesome cities, both with great, wonderful things, and we can all stop being obnoxious about my love for both that divides my heart and my attention.

I struggle because when I’m in one city I don’t want to leave but as soon as I head to the next my heart feels a comfort there too. Now, I naturally have a bit more of an attachment to Calgary (I lived there longer, I have lifetime friends and a lot of family there, and I just know it a little better), but that doesn’t detract from my growing affection for the city of Edmonton. (Which I increasingly think is a hidden gem in Canada.)

Both of us have great young mayors who are looking to make positive change, they both have small but thriving arts and culture scenes, they both have nature (though different – if I hear one more time that Calgary “doesn’t have any trees” I might lose it – Calgary is in the prairies, Edmonton is parkland.. they’re different), and they are both full of so many wonderful and delightful people.

So stop harassing me for repping either. It took me a long time to tell people I was ‘from Edmonton’ because it felt like cheating. It isn’t a dirty cold wasteland, it has an amazing small-town vibe with so much delightful nature inside its city limits and I’ll be damned if I’m not proud to call this city home. It’s got a lot going on and people should give it a chance.

And Calgary is so much more than oil money, men in suits, and the mountains one hour away. It’s a beautiful city with a wonderful energy.