Some days my mind exists in a frenzied, angsty mess. My heart shudders around my chest like I’ve just been running a race. Not ‘just crossed the finish line’ race, but say, 10 minutes later and still feeling the pitter patter of adrenaline and excitement. I like to think of it as ‘high alert heart’ where fight of flight is imminent and the best you can do it settle in to the discomfort.

Then there’s my mind, jumping from thought to thought like a tiny squirrel inconveniently located on the wrong side of a pair of human legs and the tree they want to be in. Twitch, pause, pause, twitch, watch, wait, TWITCH. 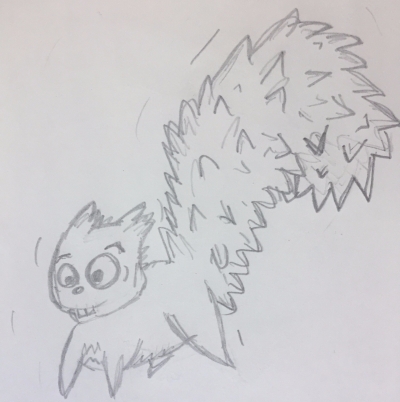 After years I’ve learned that when this feeling takes over focusing on any singular idea will be nearly impossible. So impossible that I now resign myself to the fact that squirrel brain is sometimes normal brain. In times like this, short attention span activities and quick actions are my sweet spot. Sitting quietly trying to force a hamster wheel to stop spinning long enough to get anything productive done is just not going to happen.

Unfortunately, life doesn’t always allow you to just stop whenever it is convenient for you. Knowing that I need to get shit done but hamster brain and high alert heart are standing in the way only exacerbates the situation making me go “OH SHIIIIIT, FOCUS!!!” This is basically like telling yourself to monitor your own breathing without changing how you breathe at all. It cannot be done. See, you’re breathing different right now.

It is on days like this that overwhelming leads to more overwhelming. Everything feels like it piles up and up. Lots of work to do, lots of bad news on the news, tired, ill-planned plans fall through, unanswered texts you meant to answer days ago, plans you promised you’d make but didn’t, the list goes on, and on. And then the list seems suddenly so much longer because, on days like this, things that could otherwise roll off your back stick to you like an anger magnet. And Anger Magnet thinks everything is wrong.

The best thing I’ve found for the whole ‘the world is garbage and today is garbage and everything is garbage and that person’s face is garbage, and garbage is GARBAGE!!!!‘ is to just take a seat into that whole big angry angsty garbage pile. Just really sit in it.

I like to let myself feel the filthy frustrated anger. I remind myself that anger isn’t unreasonable and it isn’t something to run away from. Then I try to figure out why everything seems so much like garbage. This is easier said than done and some days the answer comes easier than others. 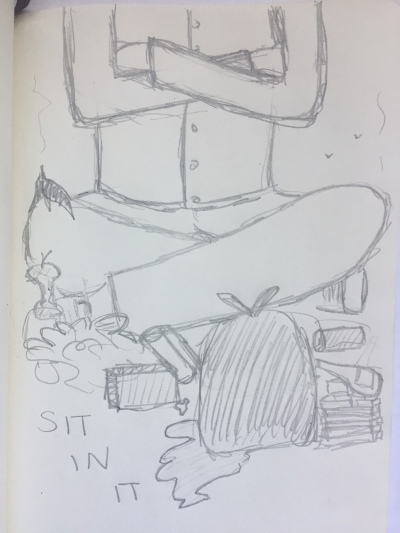 If I can’t figure out what is making today especially more aggravating, and therefore can’t identify what I can do to change it, I take solace in knowing that for my entire life there have been really-bad-no-good-for-no-good-reason days, and they’ve all at some point gone away. The fist that is clenching my heart will relent and the hamster wheel will slow down.

Sometimes a good garbage sit and little patience is all that we need. And really, that’s not so bad.